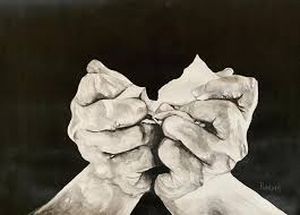 In a society constantly challenged by random or planned acts of violence and cruelty, anger has become a synonym for aggression. Due to the anger/aggression association, people confuse anger (which is a feeling) with how they will behave or react when angry. This confusion is particularly reinforced when anger is exhibited as verbal belligerence, emotional abuse (mocking, attacking, and belittling,) or physical violence (which includes damaging objects/property in close proximity or hitting people).

Based on this premise, society does not tolerate anger, and those affected by it are told there is something wrong with them. Consequently, they are often in denial about the severity of their problem, and are less likely to reach out for help. Frequently, being in denial perpetuates destructive behavior which can have legal implications and lead to mandatory anger management counseling.

The negative view people have toward anger affects their understanding of what is really happening to them and why they struggle with anger. Most will see it as a personal flaw or character defect. They will try to explain it through genetic predispositions in the attempt to maintain a positive self-image. (My father was an angry man, therefore, I am angry too).

Anger has nothing to do with genes, your personality, or character. Anger is a natural, universal feeling present when we are dealing with long-term stress or frustration; when faced with a threatening situation; or when personal needs are not being met or fulfilled. It can be a learned behavior, as well as a coping or a defense mechanism. Therefore, treating anger as a problem that just needs to be eliminated is an unrealistic goal.

How to Recognize if Anger is a Problem for You

There are two ways of showing anger: overtly (outwardly) and covertly (inwardly).

Anger expressed outward (overt) is easier to identify in someone's behavior and attitude. The individual will display their distress and frustration by being verbally and physically aggressive. Simply said, they take their anger out on other people.

Anger expressed inward (also known as passive-aggressiveness) is harder to identify because the person will internalize their frustration acting as if things don't bother them. People that internalize their anger tend to think they do not get angry or don't let things get to them. Suppressing frustration and hurt feelings is a sign of denial rather than proof that anger is not a problem. Usually, someone that stuffs their frustration down inside, will externalize it later in through intense outbursts.

Going back to the question of how you can tell if anger is a problem for you, there are several signs that will help you identify and recognize this problem.

One reliable sign is the feedback you receive from other people. Family and friends will be the first to tell you through comments that your anger is more intense and persistent than just moments of being snappy or in a bad mood. They may even reveal that they fear you. Although painful to hear this from dear people, those around us are able to see more clearly then you can just how well you cope with frustration.

Another indicator is the frequency to which you respond to stress, frustration, and pressure by getting angry. Those that tend to suppress their hurt, frustration, and anguish have a hard time recognizing and being aware of how often they are “on the edge” and “become snappy.” That is due to their high threshold for disavowing their hurt feelings. This high sense of denial prevents people from recognizing how much stress they are under because they condition themselves to ignore it and “move on.”

Regardless of how anger is being displayed (outwardly or inwardly), it takes a toll on our physical and mental health, impairs relationships, and decreases our overall productivity and quality of life.