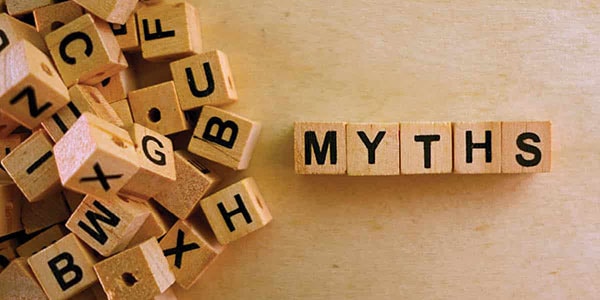 A myth is a widely held belief about a phenomenon that is based on a false idea. This belief is born as a result of observing the natural characteristics of an event, and drawing a conclusion regarding its limits and applicability. Anger is one of those phenomena. It continues to be defined by the narrow view of old means of collecting information. Most of the current understanding of anger is the result of observing what people do when getting angry. Based on the information gathered, a conclusion was drawn. Since anger usually results in outbursts ‒such as shouting or screaming, cussing, or hitting objects and/or other people, it was assumed that anger is a negative emotion. Due to the fact that anger is a fairly intense emotion that can be consuming and difficult to control, it was assumed to be destructive for us. However, caution is needed when drawing a conclusion based on observation since what we see is not always what is happening.

Fortunately, new research has allowed us to see and measure what happens in the brain and body when we get angry. The published results of those studies reveal that anger is a complex mechanism with a well-defined purpose.

The following list explores the most common myths people have about anger, and provides researched based evidence that counters false assumptions.

Myth #1: Anger is Neither Good nor Bad

The majority of us consider anger to be a negative emotion. There is a small group of people that relate to anger as being a good emotion. Those that see it through the negative lens focus on its consequences, while those that focus on the good aspect reinforce the benefits of releasing our frustrations and ‘letting out steam.’

One universal rule about emotions reminds us that they cannot be assigned a value. Emotions are neither good nor bad, they just are. Consequently, this principle applies to anger too. Once we eliminate this duality, anger has an adaptive role. It is an automatic response we display when we perceive something to be threatening, harmful, or unsafe. It is part of the fight-flight mechanism. Anger is the fight component by providing a surge of energy throughout our nervous system. This energy will help the body run or fight the danger in order to preserve its existence.

From a psychological standpoint, anger is a warning system. It communicates if things we do or experience feel good, or feel bad. Some examples of when anger acts as an early warning system during common events in our life include:

In all five examples, anger is the natural human response‒and the one we can all agree is the most expected. It is neither good, nor bad; it’s just how our mind and body react in these common scenarios.

Most people consider anger to be a destructive emotion since it commonly associated with aggression. People that engage in aggressive behavior destroy relationships as well as material possessions. However, anger and aggression are not same things. Anger is an emotion, while aggression is a behavior.

Not everyone responds to anger with aggression. Some people shut down or isolate, and refuse to talk about their feelings. Others become irritable and make sarcastic, passive-aggressive comments. These types of responses are often connected to other emotions besides anger including loss of trust, fear, and anxiety.

Another reason why people consider anger to be destructive is due to their lack of skills to manage it properly. Most of us are not aware that our emotions require a certain level of management to prevent them from having too much control over our life. Emotions can be intense and overwhelming, and during those moments of high emotional intensity, we need to know what to do, instead of lashing out or acting impulsively. Anger is one of those emotions that in the absence of proper skills, it has a negative impact on those around us and ourselves. If they are not taught how to manage their anger, most people over-react, become impulsive and have intense outbursts. They say and do things out of their character which causes a lot of hurt and pain for others.

For years, mental health providers and laymen believed that expressing and talking about what made us angry was healthy and cathartic. For years, this belief influenced how anger management and counseling was conducted. The client would be required and encouraged to talk in great detail about those situations that upset them. The belief behind this school of thought was that it released frustrations and helped the client process the upsetting event.

However, the field of biofeedback reveals that when we talk about what makes us angry, the body goes through a series of physiological changes (increased stress hormones, increased heart rate, and high blood pressure) as if we are in the original upsetting or threatening situation. Prolonged and repeated exposure to this physiological response weakens the body and increases the chance of health problems. People that chronically get angry (once to several times a day) face an increased risk of cardiovascular problems, stroke, aneurism, heart attacks, and early death.

The current approach to anger management focuses on teaching clients how to reduce the psychological arousal their body feels when angry, in order to cope with the upsetting situation. Physical hyperarousal leads to fight-flight mode which means we are emotionally reactive and impulsive, and we lose our ability to think clearly in situations that make us angry. When in this state of mind, the frontal cortex is ‘off-line.’ When we relax, the frontal cortex goes back ‘online’ and we can think through what is happening to us with clarity and can manage our way through it without negative consequences.

Another wide-spread misconception is that anger is an inherited trait. I am sure you or someone you know explained their anger through statements such as ‘I am just like my father. He was angry when we grew up so I got it from him.’ The truth is that anger is a learned behavior. We are not born with a specific, unaltered way of expressing anger. We learn how to express it by observing the most influential people in our life (parents or caretakers). If our parents lose their temper, scream, yell, shove or push each other while angry, we are more like to deal with anger in similar ways.

Since expressing anger is a learned behavior, the good news is that we can always learn new ways to deal with it. This allows us the ability to grow and better ourselves, ensuring that future generations can also deal with their anger in a healthier manner. This goal can be accomplished through counseling and anger management. These services provide clients with effective coping skills and the tools to manage their anger through adaptive behaviors.

This myth implies that anger automatically results in aggression. This also erroneously reinforces the idea that anger is a problem only when it is shown through aggressive behavior. As a professional counselor and certified anger management specialist, clients often tell me, “I don’t have an anger problem because I never get aggressive.”

As I mentioned in Myth #4, being physically or verbally aggressive is a learned behavior. In reality, anger is also a problem even when people ‘stuff their feelings down’ and harbor an ongoing sense of resentment. A lot of people that have a passive-aggressive attitude either suppress (“I don’t want to talk about it”) or repress their anger (“I never get angry!”). While this can be seen by most as a trait of good character, it is actually a passive manifestation of anger. Common behaviors associated with it include verbal jabs, sarcastic jokes, belittling comments, silent treatment, or isolation.

Myth #6: Men Get Angrier then Women Do

Another common myth is that men get angrier than women do. This myth is based on the social acceptance displayed by mainstream society towards anger and gender differences. A man that gets angry is socially more accepted than a woman who gets angry. However, the studies conducted in measuring gender differences related to anger do not support this belief. On average, both women and men experience anger with the same amount of frequency (on average, once or twice a week). The possible differences linked to gender are in the quality of the emotional expression of anger. Men report experiencing anger more intensely than women, while women hold on to their anger longer than men do.

Myth #7: Anger Affects Only a Certain Category of People

We believe that anger is more prevalent in those who are poor, lack social skills, and are less educated. This group is often used as scapegoat by those who believe themselves to be in a higher social class, but deny their own problems with managing anger.

Anger is a universal emotion that affects everyone. It does not discriminate against someone’s age, nationality, race, ethnicity, social/economic status, education, or religion. It is also not a reflection of our quality as human being. Anger is just an emotion and people are neither good nor bad because of that emotion.

Myth #8: Anger is All in Your Head 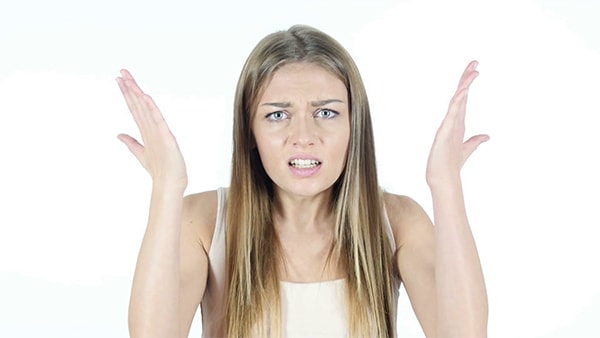 This is a myth reinforced by people who do not feel comfortable dealing with their emotions. Anger is not a thought one chooses to have (I decided to be angry today!). It is our body’s instinctual reaction to threat or attack. We feel our emotions in our body, and it translates into a series of physiological changes. When we experience anger, all major muscles groups in our body are charged with energy. This energy puts the body in motion to either fight or run away from the danger. The heart rate, pulse, blood pressure, blood sugar level, breathing, and body temperature increase. All these physical changes occur long before we are consciously aware of what is actually happening to us.

Myth #9: Ignoring Your Anger Will Make It Go Away

When it comes to how people cope with anger, there seems to be two main self-management styles. One is through emotional outbursts and aggressive behavior. This is where we lose our composure, raise our voice, and yell at people, or become aggressive towards others or property. We punch walls, slam doors, break plates, or glasses.

The second is by suppressing, repressing, ignoring, and denying the boiling frustration, irritability, annoyance, and stress associated with being angry. This is where we invert in and don’t talk about our frustration. We fester in heavy emotions without a way to externalize it. These are those situations when people are puzzled by their own reactions and state that they don’t know what is happening to them.

Neither approach is healthy. Particularly with the second style, people confuse their ability to ‘stuff down their feelings’ with a moral or emotional virtue. Stuffing down feelings is directly linked to significant health problems. While aggression is linked to legal problems, job loss, financial issues, and deteriorated family relationships, suppressing anger leads to cardiovascular problems (high blood pressure, risk of stroke) and early death.

In either case, ignoring your anger will not make it go away or resolve itself. We have to take proactive steps to examine why we are experiencing this emotion and decide the best course of action to obtain resolution and relief.

This can be accomplished with professional help by a counselor with specialized training and experience in treating anger.